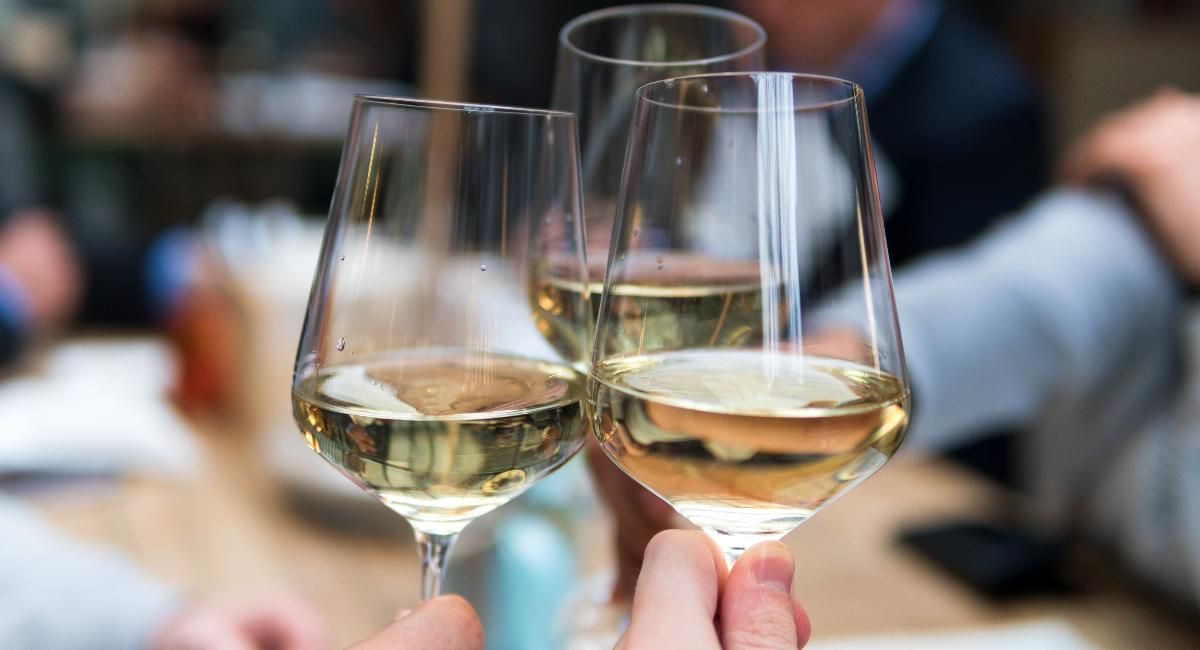 Maybe you thought about toughing it out through a sober January or maybe you just threw in the towel after last year. Either way, it’s time to bring in the new year with some of the best vintage wines Texas wine country has to offer.

Benjamin Calais grew his hobby into a full-time career. Originally from Calais, France, he moved to Dallas from Paris in 2007 to work in software security. In 2008 he opened the Calais Winery in the Deep Ellum area where his talent began to take the industry by storm. Then in May of 2015, he moved his craft to the Texas Hill Country, settling in the town Hye, Texas.

Now, his wines are continuing to make a name for themselves in the wine world. With a specialty in Cabernet Sauvignon, this 2017 Narra Cabernet Sauvignon is the wine to buy. It’s aged for 28 months in French oak barriques and will only continue to get better with age. In this bottle, you’ll start with the minerals, herbs, and cassis on the nose before welcoming a black cherry and deep licorice on the tongue. The pucker power in the tannins is rich and loiters around after the first sip. No best of Texas wines list would be complete without this outstanding wine from Texas wine country.

Bill and Chris both found their own ways into the wine world and industry. They were acquaintances until they decided that their wine philosophies aligned. It was then in 2008 that they began the collaboration in William Chris Winery in the Hill Country of Texas. They both believe that great wines are grown, not just made. They grow and nurse their grapes to perfection, having spent years in the fields, they know a good grape when they see one.

The 2017 Hunter is a red blend that goes with every occasion and makes the perfect gift. The individual lots were fermented alone and then mixed together and aged for 22 months in 30% new French oak. From the Hunter Vineyard that Bill helped Eunice Hunter to create, the story leaves its own notes in the wine.

In the 1970s, Franklin Houser bought a big plot of land in New Braunfels as a weekend home, an escape from his life as an attorney in the city. As time went on, he found a new hobby in winemaking, and within just a few years he had his first wine and a tasting room. In 2000, he planted Lenoir Black Spanish grapes, and due to its success, Dry Comal Creek became known as the “pioneer” in Texas for the varietal. Then in 2017, the vineyard changed hands—Houser retired and sold the land to Ralphael Romero Sr. He was a first-generation immigrant from Mexico and found a passion for cultivating the Texan land. Wanting to bring a little more Texas essence to the wines, Romero opted for 100% Texas grapes wines to become a staple of Dry Comal Creek Vineyards.

The 2016 Wurst red is a unique blend. Its ruby color comes from the mix of Syrah, Mourvedre, Grenache, and Cinsault which originally created a flavor the winemakers didn’t all together love. So, they sent it back to age a little longer and then decided to create a sweet red out of it. With medium acidity and light tannin, the taste brings bold sweet cherry flavors that don’t overwhelm the palette. The perfect mix of sweet and tart, it pairs great with an after-dinner cake or cherry pie.

Just two miles from Lost Maples State Park, this Texas vineyard is known for its Black Spanish Lenoir grapes. Owned by Tom and Glenda Slaughter, Lost Maples Winery at Polvadeau Vineyards, LLC. was the first commercial vineyard and winery in Bandera County. It all started with John Polvadeau, Glenda’s great grandfather. When the Polvadeau family settled along the Sabinal River near Vanderpool, TX. Now that land is used to grow the grapes that Glenda and Tom use for their wine—treating the production as a way to honor and remember Glenda’s grandparents.

The Polvadeau Vin Rouge Reserve is a complex wine. Made from 100% Black Spanish Lenoir grapes and aged on-site in French oak, the 2018 Reserve Edition is sure to please. Its rich red color represents the deep flavor notes within—from black plum to chocolate. A smooth sip, it’s recommended to go best with beef, lamb, and dishes with spice.

Pedernales Cellars has not just one but two Tempranillo wines through their brand. One the Texas Hill Country Tempranillo, and this one—the Texas Tempranillo reserve. The main difference between the two is the level of oak in the wine. This 2016 vintage has notes of both the traditional American oak along with French oak notes, making for a complex wine that intrigues the pallet. This reserve also contains high notes of fruit—lingering black cherry—and pepper.

Started in the 1990s by Larry and Jeanine Kuhlken, it was one of the first Texas wine country pioneer vineyards. In 2005 it was their children, Julie and David, that turned the Kuhlken vineyard into Pedernales Cellars—making the wine industry the family business. Pedernales Cellars focuses on small-lot wines, using grapes that flourish in Texas. Want more? Be sure to sign up for the Pedernales Cellars Wine Club.

With so many impressive vintages to choose from, make drinking Texas wines one of your resolutions and get to sipping these well-aged Texas vintages.

Visit Us on Social!

Searching is in progress